Find Love for the Mature Dog 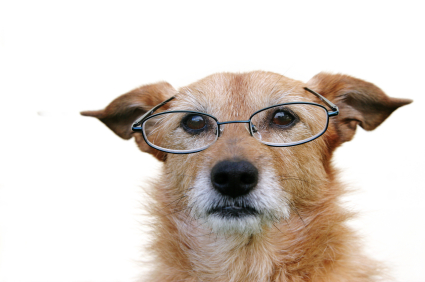 Why don’t most people looking to get a dog consider a grown one? The reasons are varied, from wanting a “clean slate” in terms of behavior, to a puppy’s cuteness, to the misconception that young dogs bond better than adults. But puppy cuteness only lasts a few weeks and puppies aren’t trained — in anything.

Adult dogs are usually housetrained and know a few commands. Puppies don’t, making them a lot of work. And unless you’re a professional trainer, you may make more mistakes with your “clean slate” than with a “slightly used” dog.

But what about the bonding issue? You may be surprised to learn that dogs — even adult dogs — are preprogrammed to bond with humans. What makes dogs able to bond to humans is a trait called neoteny; that is, humans have bred the domestic dog to stay in a kind of permanent adolescence. This trait enables a dog to bond with different people over their lifetime.

“There is a myth that says you must bring a puppy home at seven weeks,” says Sheila Webster Boneham, PhD, author of Breed Rescue: How to Start and Run a Successful Program, and founder of the Labrador Retriever Rescue of Indiana. “Nonsense! That idea comes from a misinterpretation of research that showed that puppies must have human contact beginning no later than the seventh week or they won’t bond to people. But that meanspeople in general.”

Boneham has personally placed 50 dogs, supervised the placement of more than 200 dogs in rescue, and counseled more than 100 owners who adopted dogs from shelters. In her experience, adult dogs bond as well as puppies. “Some dogs take a little more TLC, but I have found [adult] dogs to be extremely resilient, and most are driven to be connected to a person or family,” she says.

Over my lifetime, I have owned more than 40 dogs myself, of which only 13 were puppies. Most of the dogs I’ve owned have had more than one owner before I adopted them. The dogs who have bonded the closest with me or my husband have all been much older than eight weeks — some being as old as five years or more. The closeness of the bond depends on the time you spend with your dog, not the age of your dog.

So consider the adult dog. He’s as likely to bond with you, as a puppy would be. And he’s far less likely to chew up your couch or pee on your rug. Who knows — maybe your canine soul mate is an older dog.