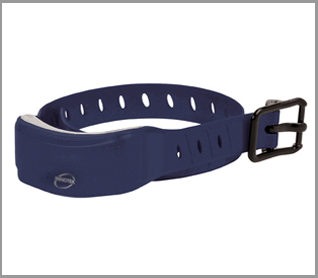 Dog training collars can help you teach your dog all the basics like sit, stay, and heel as well as helping your dog with behavioral problems such as excessive barking. Dog training collars are remote-controlled collars that emit a light corrective “static” shock when your dog behaves badly, immediately linking the behavior and negative response in their mind.

They are one of the simplest and most humane training aids I have found for working with dogs.

However the subject of dog training collars is also unquestionably the most controversial subject I’ve ever seen written about in the dog training world. Many people freak out at the thought of administering a tiny jolt of electricity as a correction to their pet, while not thinking twice about giving them a much more painful whack on the nose for stepping out of line, or hauling him, gasping, off his feet with a “choke” collar when training him to heel.

I agree the potential for abuse and misuse of these devices is also great. So they should be used only by professional dog trainers, or after you have had proper training in how to use them.

Dog training collars work exceptionally well with barking dogs who are among the major scourges of urban living, and an electronic collar is usually the best and quickest solution. If you’ve got neighbors complaining about the bad behavior your dog displays when you’re away, get a bark collar and avoid court fines and the possibility of losing your dog. They are fully effective whether you’re home or not, and dogs require this kind of constant reinforcement to develop good behavior and distinguish it from bad.

Always begin with a light correction (shock), and only increase it if your pet isn’t responding. Shocks should only be administered through the collar as your dog actively engages in bad or dangerous behavior, since dogs aren’t capable of connecting delayed punishment with an earlier action and never after the dog has stopped the behavior.

Basic training collars and their costs vary. There are “bark collars” and “bark diminishes” that emit electrical stimulation every time a dog barks. Some can be programmed to let a dog bark for up to thirty seconds before automatically firing off a small shock, so that your dog learns its okay to warn you about intruders, but not to bark for the sake of barking.

The lowest effective shock strength should be used, just enough to see the dog twitch his ears. If he barks or howls, you’ve got the stimulation set too strong. To be effective, the electronic collar must be on very snugly so that the metal contacts connect with the dog’s neck. It is very important not to shock the dog before the command is given or after the ‘offence’ has been committed!

If you are considering using a dog training collar, then do your research and find out what kind of collar you feel you would be most comfortable with. There is nothing better than having a well trained and safe dog.