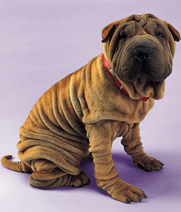 Your dog makes all sorts of noises, and a lot of them probably sound like human coughs. In fact, a flu-afflicted person is often described as having a “barking” cough.

But dogs can actually cough too, often sounding like you do when you’re congested and have a cold, or as though they are sneezing in reverse, since they may try to draw in a lot of air instead of forcing it out in a loud “Ah choo!”

There are many possible causes for doggy coughing, according to Lynelle Johnson, DVM. She is an associate professor at the University of California at Davis, School of Veterinary Medicine.

Here is her canine coughing compendium, which includes some of the primary causes for dog coughs, along with associated conditions.

Don’t rely on guesswork. If your dog’s bark sounds more cough than “ruff,” seek an expert’s opinion. Your vet can probably help to clear the cough so that soon both you and your dog may breathe a sigh of relief.