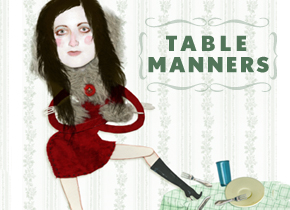 Why are some people so weird about dogs? Ours gets lonely at home, so sometimes we take him out with us. He is a pit bull but has a sweet personality. Recently we took him to a drinks party. He got a little hyper with all the attention he received and was jumping up and begging for cheese straws. Anyway, the hostess got in
a snit and told her husband to ask us to take the dog home. I was a little annoyed. He wasn’t making a mess. He was being cute. In fact, his antics were making people let down their guard at kind of a stuffy party. Were we wrong to assume he’d be welcome? —It’s Not a Party Without Dog Drool

Dear It’s Not a Party Without Dog Drool,

It can be bothersome to leave your dog at home, especially if he tends to gnaw on your favorite shoes when left alone. As dog trainer Eric Dorfman says, “Some dogs will freak out and get separation anxiety.”

And a dog can indeed be a great conversation starter. Sheryl Matthys, founder of Leashes and Lovers, a dating community for dog-lovers, says you can often learn more about a person from what kind of dog she has and how she treats it than you would from asking small-talk questions. “You learn whether they’re calm and assertive or more aggressive or very gentle and cuddly,” says Dorfman, who takes his seeing-eye dog everywhere he goes. “For the blind, instead of being ostracized socially, the dog draws people to interact with them.”

However, dog talk can be boring—even for dog-lovers. Shawn Magee, owner of both Amnesia, a bar in San Francisco, and Baker, a small, well-behaved dachshund mix, says: “I hate dog talk. ‘Baker does this. Baker doesn’t like that. Baker is very sensitive when it comes to males wearing hats.’ Talking about the dog [as if] the dog [were] a person or a part of the family. I like the dog to be a dog.”

An uninvited dog could do worse than monopolize the conversation. It might frighten the children, send someone into a sneezing fit, chew on the draperies, or defile the shrubbery. Says Magee: “Sometimes if we go somewhere with a back garden and the other person has a male dog, the dogs tend to get into pissing contests, and Baker may piss on a plant that might be one [the hosts] like.”

Or something even worse could happen. Magee recalls going to a dinner party to which another guest also brought his dog. “The hostess was a strict cat person. The [other] dog was running around chasing her cat, and at the end of the night [the dog] left a giant turd right in the middle of her kitchen.” Magee noticed it, and discreetly told the dog owner during dinner. He made an excuse to slip away from the table. When he returned he murmured to Magee that he had deposited it in the kitchen trash. Magee was horrified. “I made him go back and fish it out and throw it in the woods.”

Don’t risk getting ensnared in such a comedy of errors. The rule for bringing your dog is the same as the rule for bringing your kid or spouse: Unless you know that everyone else is bringing his or hers, you should never assume yours is invited. Always ask. And don’t even ask unless you are confident yours will behave. Does your dog like kids and play well with other dogs? Can it control itself around canapés? Matthys cautions that if you let your dog beg for table scraps or lick the plates at home, then it will think it’s OK to do the same at other people’s houses.

Dog-lovers might prefer not to go out and socialize without their best friend. But if they’re bored, they have the perfect excuse to leave: Gotta go walk the dog.