Dog Bites on the Rise 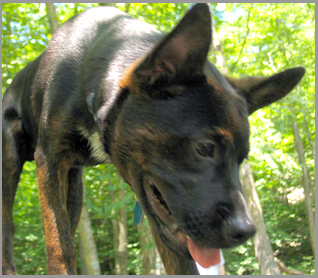 By: Corey Walker
August 2008
According to the Centers for Disease Control and Prevention in Atlanta, Georgia, nearly 2% of the U.S. population is bitten or attacked by a dog each year. This translates to more than 5 million dog bite victims every year, most of whom are children. Every day approximately 1,000 dog bite victims go to hospital emergency rooms. During the past 10 years, the number of dogs in the United States increased by only 2%, while the number of dog bites increased by more than 33%. Dog bite losses exceed $1 billion per year, with $345 million being paid by homeowner insurance policies.

Why do Dogs Bite and What Can Be Done to Prevent It? There are many reasons why dogs bite. Some bite out of fear, in an attempt to protect their territory or to establish their dominance over the person bitten. Some owners mistakenly teach their dogs that biting is an acceptable form of play behavior, and every year a number of newborn infants die when they are bitten by dogs that see them as “prey”.

There are several common sense methods of preventing dog bites, but sometimes there is no way to avoid an attack. If you are attacked, first try to block the attack with an object like a jacket or backpack. If you fall or are knocked to the ground, curl into a ball, protect your face by covering your head and neck.

Is the Owner of the Dog Liable? Iowa Code § 351.28 provides that the owner of a dog “shall be liable to a injured party for all damages done by the dog…attacking or attempting to bite a person, except when the party damaged is doing an unlawful act” (for example someone breaking into a home is not allowed to recover if he/she is bitten or attacked by a dog). This is a lower standard than other personal injury cases where you have to prove negligence, recklessness, etc.

What Damages are Available? Medical Expenses: The cost of all reasonable and necessary medical expenses incurred and that are reasonably certain to be incurred in the future because of your injury, are recoverable. These expenses include past (already-incurred) medical expenses and also future medical expenses, which may be caused by the original injury or that result from an increased susceptibility to future injury. All forms of care and treatment, whether hospital, medical, therapy, nursing, diagnostic testing, surgery, physical rehabilitation or pain management are included. You can recover the full value of your medical expenses from the responsible party even if your health insurer has paid all or part of your bills.

Lost Wages (Loss of Earnings): You are also entitled to recover your lost wages (a/k/a loss of earnings) caused by your injuries. Wages, commissions, bonuses and all other earnings and fringe benefits are recoverable. You can recover the full value of your lost wages even if your employer or disability insurance has paid all or part of them.

Pain and Suffering: Ordinarily, the most “valuable” element of your bodily injury claim is the right to compensation for physical pain and mental anguish you have suffered and will endure in the future because of your injury. These general damages are in addition to and may be far more than the amount of your lost earnings and medical expenses.

Loss of Full Mind and Body: This part of your bodily injury claim is designed to reimburse you for any loss of function or use of your body or mind. These damages are in addition to your other damages described above.

This article contains general statements, is not intended as legal advice or legal opinions and does not create an attorney-client relationship. Do not act or rely upon the information in this article without seeking the advice of an attorney because changes in the law occur frequently and you should consult with an attorney with respect to your particular case.