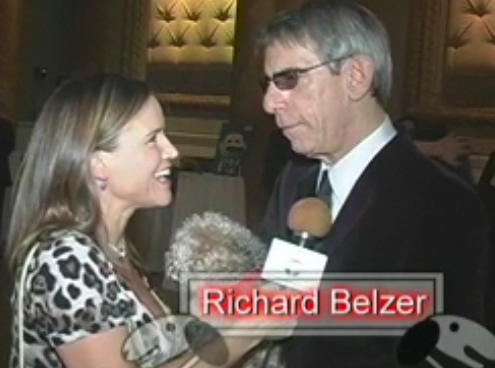 Celebrities Celebrate Pups in Screening of “My Dog”

Peoplepets.com will be hosting a screening of “My Dog: An Unconditional Love Story” at the Time & Life Building next Tuesday, June 29 from 6-7.

The film features the private lives of several celebrities and their pups. Richard Belzer, Cindy Adams, Edward Albee, Richard Gere, Edie Falco, Glenn Close, and Isaac Mizrahi are just a few of the many celebrities who
celebrate their love of dogs in the film.

We have seen Richard Belzer at many functions for animal rescues in Manhattan, including Animal Fair Magazine’s Paws for Style, where he and his pup Bebe strutted the runway to support the Humane Society. At the 2008 North Shore Animal League DogCatemy Awards, Sheryl Matthys of LeashesandLovers.com interviewed him about his sleeping habits with his pups. (The inside scoop can be seen on the Leashes and LoversLeashes and Lovers video page.)

The screening of “My Dog” will be hosted by Martha Nelson, editor of Time Inc. Style & Entertainment Group, and Mark Golin, editor of People.com. After the show, there will be a Q&A with producer Daryl Roth, Director Mark St. Germain and other specials guests yet to be announced. Movie refreshments will be served, and there will be several special dog-themed prizes for guests.