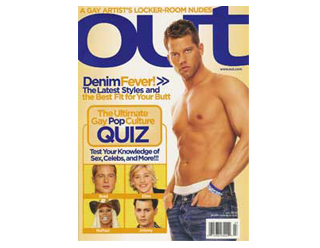 Animal Attraction: Why Some Gay Men Think Dating is for the Dogs

In 2003 entrepreneurs Sheryl Matthys and Michelle Kennedy built their business, Leashes and Lovers (leashesandlovers.com), on the notion that single dog lovers are likely to bond best with other unattached doggy parents.

The business partners hold chichi mixers around metropolitan New York for available and looking dogophiles–and dogs are encouraged to come to the events. While the idea was originally hatched with hetero Fido fanatics in mind, the pair have already organized two events exclusively for gays–one of which was held at the Lesbian, Gay, Bisexual, and Transgender Community Center in Manhattan –and more gay-exclusive events are in the works.

Says Matthys: “Sometimes people who come to our events say they never even get around to asking someone what they do for a living, which they find really refreshing because they meet the real person. You go to a bar and it’s like, ‘What do you do? What do you drive? Where did you go to school?’ and all that garbage.”

Kennedy notes that some of their event attendees don’t even have pooches at home but are simply looking for others who do. “They’re in between dogs, like somebody might be in between boyfriends,” she says. Apparently, it’s not just gay men who are discovering puppy love at Leashes and Lovers parties. Some of their dogs are even joining in on the fun. Matthys laughs, recalling, “We’ve never had any dog fights, but we’ve had a number of dogs humping other dogs.”