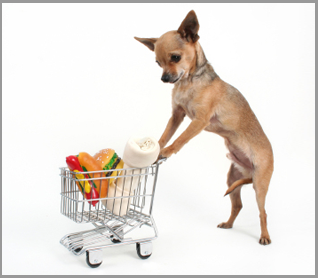 9. Increased online sophistication from new pet-related businesses in ecommerce, design, and usability
Traditionally, small business websites have been set up by pet lovers with little thought on design, target audience, and content. Newer players, such as Pawspot noted last year, and DogCars new in 2007 (and we continue to love Urbanhound), are beginning to be more sophisticated in design and ecommerce, reaching their target audience via website usability, SEO, paid search, and word of mouth. These websites are still in the vast minority of a fragmented pet marketplace but gives a savvy small business an opportunity to stand out from the crowd.
10. Pet-related blogs continue to grow their influence.
If you ever doubted the power of blogs in the pet world, you only need look at the impact of blogs during the pet food recall in the middle of 2007. Blogs such as Itchmo, Pet Connection, and Pet Sit USA were deluged by literally millions of people looking for information on the recall. The bloggers responded with up to the minute information and constant pressure on the authorities as the situation unfolded. While the web hits have died down, these bloggers have been stepped up a notch in the eyes of pet parents looking for quality information.
And one final bonus trend that indicates the sentiment of the pet-related customer …
11. More people traveling with their pets
From day trips with the dogs in the back of the car, to trips abroad with your pets, more and more people are including their cats and dogs in their travels. As a result, more hotels, such as the Comfort Inn all the way up to the Westin are accommodating pets beyond just allowing them on the premises. This gives small businesses the opportunity to provide services to local hotels for pets or for accessories to make traveling even easier.
* * * * *
About the author: Laura Bennett is the CEO of Embrace Pet Insurance. Over her career working in the insurance industry in Dublin, Ireland, and Toronto, Canada, she eventually landed in the United States where along with Alex Krooglik, the two of them founded Embrace Pet Insurance to combine their love of pets, the desire for entrepreneurship, and Laura’s expertise in the insurance industry.