Maria Menounos is Estatic over a Dog in the White House 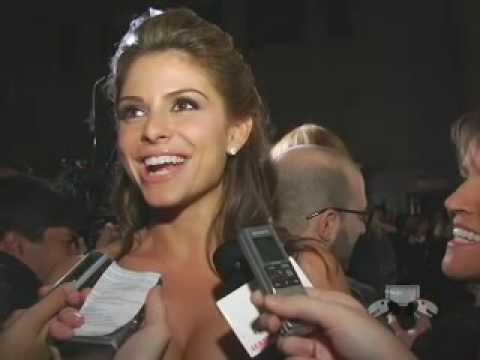 But, when will there be Leashes and Lovers in the White House? Enough goofing around with the bad economy, CEOs bonuses, trillion-dollar payouts, banks and car companies not surviving; lets get serious. Wheres the dog for the White House?

Im not alone on this, a lot of people really want to know when and what kind of dog the Obama family is getting and why it hasnt happened yet.

Well, apparently President Obama said its to happen soon, and weve heard Michelle Obama has narrowed the search for Sasha and Malia’s dog to be a Portuguese Water Dog!

Access Hollywoods Maria Menounos tells me when she interviewed the Obama Family last year, she was just so excited to hear they were considering a dog and she showed them her dogs from her Blackberry.

If you’re thinking, a water what? I’ll tell you a little more about this breed. The Portuguese Water Dog is similar to a poodle and is considered a hypo-allergenic breed although every dog’s skin flakes could cause a response from someone with allergies. Its size ranges from 40-60 lbs.

And, this breed obviously loves to swim and did so in the Atlantic waters of Portugal. Originally Portuguese Water Dogs were taught to herd fish into fishermen’s nets, retrieve lost tackle and broken nets, etc.

Will it prove to be too much for the girls? Could you imagine the First Family returning a dog?

The Portuguese Water Dog is somewhat an unusual breed so it could be unlikely to show up in a shelter.  What’s your thoughts on their dog of choice and how/where they may attain it?  Would love to hear from you!