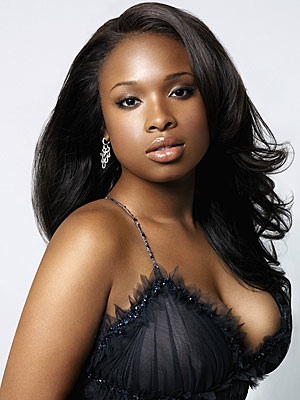 Sheryl Matthys, The Dog Expert of Leashes and Lovers
April 2009
The Dream Girl’s Dream Wedding goes to the dogs! Oscar winner Jennifer Hudson plans to include her Pomeranians – Grammy, Oscar, and Dream Girl in her wedding to fiancé David Otunga. They’ve been dating nearly 2 years.

The 27 year old Hudson says, “We’ll send them down the aisle with a little tux or something, a little dress,”

And, guess who’s singing? Whitney, Britney? Jennifer laughs about it, but states she will since she’s sung for everyone else’s wedding, why not her own! After all before American Idol, she was a professional wedding singer.

So dogs in a wedding – common. Uncommon, Hudson hints will be her dress. “Everybody comes down the aisle in a white gown,” she adds. “Maybe I’ll give it a twist. I want it to be nice and traditional, but very classy, very classy.”

Family has always been a top priority for her. Still recovering from the 2008 murders of her mother, brother and nephew in Chicago, Hudson says starting a family of her own is on her mind. “I definitely want a family,” she said.
So when will the nuptials happen? Well, there’s where the cat’s got her tongue.