YOU HAD ME AT WOOF! 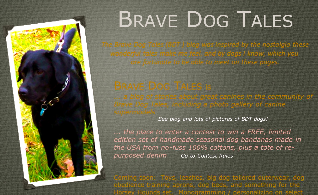 When Michelle and her colleagues of Recycled Paws Dog Rescue of Peekskill, NY received the filthy van containing “Chamba”, they were nearly knocked off their feet.  The pup was given this name as a play on “chubby” which they worked into “Chumby” but that seemed to be a male dog name, so they settled on Chamba – very unique and fitting.  Chamba was in good hands.

Michelle grabbed hold of “that little girl” and immediately noticed a large bump on her belly, which she referred to her colleague, Lisa-Maria.  It appeared to be an umbilical hernia.  Michelle was smitten with the pup, and held her tight, wishing she could take her home. Michelle’s soft heart had indulged another rescue puppy recently that had many viruses and illnesses, which she had hand-fed baby formula to get him to eat.  “Dezzie” is now a robust 70 lbs, and so loving he wouldn’t hurt a fly.  Along with (adopted) a 15-lb “muggin” called Kenzie, it wasn’t practical for Michelle to take another needy puppy into her home.  So Michelle made it Priority One to see Chamba when she arrived every morning at her job in the animal shelter.

As is, sadly, very routine with rescue dogs and puppies, Chamba needed surgery and would also be spayed.  The surgery was very hard on Chamba but Dr. Haims brought her through it.  Chamba carried the Parvovirus, which kills hundreds of canines every year.  Parvovirus infection is a serious, highly infectious, disease that affects the gastrointestinal or cardiac systems of dogs.  These vets bills, however, were stacking up, reaching $1200 in her first weekend in the shelter.

The volunteers at the shop were devastated, especially Michele’s 11-year-old daughter Madison.  A few of her girlfriends got together via phone calls late into the evening, discussing how they could help pay the vet bill, as well as pray that Chamba would make it through another night.  These diligent, thoughtful and organized young ladies raised enough money to pay for the puppy’s hospital stay – mostly in single $1.00 bills – by doing a bake sale!  Michelle was touched with their hard work and determination, overheard on the phone “O.K., I will make cookies, and you can make cupcakes, and, “ etc.

For the bake sale merchandising, Michelle’s daughter Madison put together a wonderful and effective poster of Chamba’s adventures in her brief exposure to her family, showing how much she meant to all of them.  Madison was so proud of herself, and Michelle was, too!

Michelle’s family’s experience with Chamba is typical of the hard, heart-wrenching work she does as a volunteer at Recyled Paws Rescue.  Chamba, sadly, did pass away from the Parvovirus.  But, Michelle says “…So, my story is that I am constantly reminded every day why I volunteer here and the back breaking work it takes, let alone money, to try to save these puppies, and old dogs too.  I love them all just the same as my Chamba.”

The team had Chamba’s remains cremated, and her ashes sit on the shelf in their shop next to those of another very sad case of theirs.  Thank you Michelle, Madison and Lisa-Marie for your dedication in this difficult, unsung job you do.